Welcome to the Zeus News Temple Forum. We remain in beta mode. Everything should be working. Should you encounter any problems please contact us. Please register to join the discussion. Thank you for participating.

It was one of 50 doors from the hotel, where a host of stars stayed over the years, to be sold.

The door to a room used by singers Janis Joplin and Leonard Cohen during an affair, as well as the singer Joni Mitchell, fetched $85,000.

A former tenant acquired the doors after renovation work began in 2011.

The hotel, built in the 1880s, became a long-term residence for generations of singers, bohemians and writers.

Fact: Dylan's room number at the Hotel Chelsea was 211 according to chelseahotelblog.com

In case anyone wondered what we were talking about in our previous post about the Chelsea Hotel management falsifying construction permits, this should clarify matters. The pictures below were taken on Tuesday, after construction began in Bob Dylan's old room at the Chelsea Hotel (#211), where he lived in the 60s, writing "Sad Eyed Lady of the Lowlands," and so many other great songs from his Blond on Blond album. As you can see, the room, which prior to Tuesday's vandalism, looked much as it did when Dylan lived there, has been completely trashed. In addition to not having the required Certificate of Non-Harassment the illegally obtained permits are only for bathroom and kitched renovation. Obviously, much more than that is going on. Significantly, workers have torn down a wall with sledgehammers, exceeding the mandate of their permits. -- Ed Hamilton  (Thanks to a tipster for sending over the photos of the destruction.) 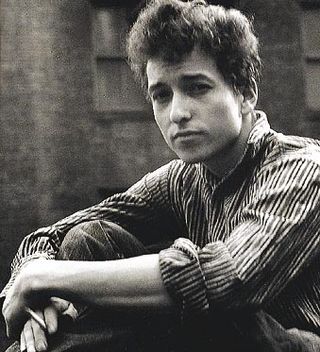 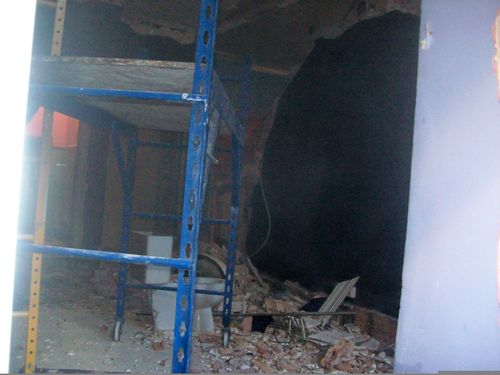 I never had that much to do with Edie Sedgwick. I’ve seen where I have had, and read that I have had, but I don’t remember Edie that well. I remember she was around, but I know other people who, as far as I know, might have been involved with Edie.

I think Edie was in Chelsea Girls. I had lost total touch with her by that time, anyway. It may just have been a time when there was just a lot of stuff happening. Ondine, Steve Paul’s Scene, Cheetah. That’s when I would have known Edie if I would have known her, and I did know her, but I don’t recall any type of relationship. If I did have one, I think I’d remember.

"Dylan wrote some of his most notable — both personally and professionally — songs while living in Room 211 in the Chelsea Hotel. In fact, most of the songs from his 1966 album, Blonde on Blonde, were written there. It was at the Chelsea Hotel where he met his first wife, Sara, who lived down the hall from him. He wrote Sad-Eyed Lady of the Lowlands after they met, and then ten years later he wrote the song, Sara, referencing the early days of their relationship in the hotel". (Secret Lives at the Chelsea Hotel)

"Two songs by Bob Dylan (who kept an apartment at the hotel from 1961 to 1964) are famously Chelsea-related: the marathon “Sad-eyed Lady of Lowlands” and the melancholy lament “Sara,” both love songs for his first wife." - Encyclopaedia Britannica

Dylan lived in room 211 during the 60s and the room was nearly destroyed in 2008 before horrified fans and residents put a stop to proceedings: they’ll be hoping that the times aren’t a-changing in this particular rock’n’roll enclave any time soon. - The Guardian

Dylan contemporary Edie Sedgwick fell asleep in a room full of burning candles and set fire to her room (number 105) in October 1966.

The doors of Bob Dylan (left; Bob Marley lived behind the same door prior to Dylan) and Edie Sedgwick and Andy Warhol (right)

Dylan resided at the hotel for a second time from 1968 til 1972 according to the New York Post. This was mentioned during an interview with Jim Georgiou and the article notes that "From 2002 to 2011, the Massachusetts native and then-martial-arts-instructor lived in No. 225 — a worn-out, paint-chipped suite with no bathroom — where Bob Dylan resided".

Author Seth Rogovoy writes "Little is known about Bob and Sara's courtship other than that Sara lived with her daughter at the famed Chelsea Hotel where Dylan also took an apartment presumably to be close to her" in 1961. (page 88, Bob Dylan: Prophet, Mystic, Poet)

Author Daniel Mark Epstein writes "Sometime during the winter of 1964-65 Dylan took rooms at the Chelsea Hotel in New York, where he spent time with Sara Lownds, a stunningly beautiful divorcee with a colourful past. [...] Dylan's passion for [Sara] gradually put an end to his affair with Joan Baez. At first she knew nothing of Sara Lownds, although Baez suffered growing tension with her lover as they went on tour together in February 1965. Princeton, Newark, Buffalo, Pittsburgh, by the end of the tour in late March they were sleeping in separate hotel rooms. [...] At the end of March he joined Sara in Woodstock, but in mid-April he was there once again with Joan, who stayed with him until she had to return to work on the west coast playing solo concerts. [...] Evidently Grossman and Greenhill planned for the joint American tour that winter to continue in England in April, but by 1965 he was more famous than she was."

There is something that concerns me greatly.  The information posted here may assist with Bob Dylan's case.  However it may just as easily help Joan Carra's case, especially in regard to Bob living at the Chelsea Hotel.  Various media reports and secondary sources are not accurate, and just one small piece of innaccurate quoting could play into the hands of JC.  So maybe don't just post anything and everything!  Think about the consequences.  Anyone can read what's posted here, including JC and her team.

@mightyquinn61 sourced material should not be included??

"Dylan resided at the hotel for a second time from 1968 til 1972 according to the New York Post."

Never heard that before. Is there any evidence for it or is it just casual nonsense?

"Dylan resided at the hotel for a second time from 1968 til 1972 according to the New York Post."

Never heard that before. Is there any evidence for it or is it just casual nonsense?

Another source explains "Dylan lived in multiple rooms at the Chelsea Hotel, but is believed to have lived in #225 the longest, between 1968 and 1972, according to Guernsey's."

Here's what the auctioneers said in full in their description: "Bob Dylan lived in this room, #225, between 1968 and 1972. This room is where he reportedly conceived his son Jakob. Though the number plate on this door has been covered with whitewash, the number 225 is visible beneath."

Ok, fair enough if they say that but I thought he had decamped to Woodstock and then when he came back to NYC (in 1969?) bought a house in the Village...the very same house where Webberman rummaged through his rubbish....this is one for Clinton Heylin, I think....

Ok, fair enough if they say that but I thought he had decamped to Woodstock and then when he came back to NYC (in 1969?) bought a house in the Village...the very same house where Webberman rummaged through his rubbish....this is one for Clinton Heylin, I think....

92 MacDougal Street was where he moved to (and where Weberman acted like a right arse); he could have had the Hotel Chelsea to let or for guests, or for the weekend.

Indeed, that is a possibility.

Latest Post: How does it feeeeeeel? The emotional impact of the Bob Dylan allegations Our newest member: wilfredo15b793 Recent Posts Unread Posts Tags